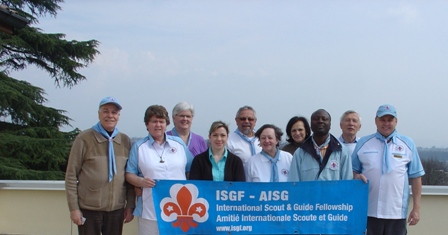 A lot of great reports concerning the last 3 years were being prepared and projects and initiatives were reconciled while also membership development and fundraising were discussed. World Bureau received a lot of the Annual Reports and members are invited to have a look at the website for more inspiration from other NSGFs.

The ISGF exhibition at the World Scout Jamboree was discussed and a team of ISGF volunteers will man the booth. When you are visiting this Jamboree please come to our booth, join a quiz and earn a badge.

The International Project Team (IP Team) made an overview of projects and fundraising in support of Scouting and Guiding and Communities in their IP Team report which will be soon released and announced on the website and will be part of the triennial report.

We also had a look at the Finance and the Statement of Accounts of 2008/9/10 that will be soon sent to the NSGFs /CB groups.