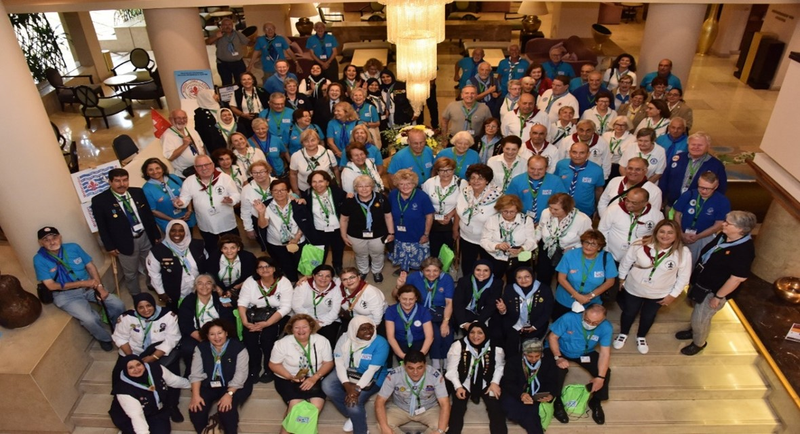 The 17th Med Gathering and 6th South Europe Sub-Regional Gathering took place at Protaras (Famagusta District) Cyprus, from 24 to 29 October 2022. From early morning on the 24th October, participants started coming and by the end of the day we had 78 participants from 10 countries including Cyprus. The participating countries were: Cyprus, Greece, Iceland, Israel, Italy, Libya, Norway, Portugal, Spain, Switzerland and United Kingdom. Also present at this Gathering was the Chairman of the World Committee, Elin Richards and Vice-Chairman Ana Rodrigues.

On the 25th October we had the Opening Ceremony and speeches.
The topic of the gathering was ‘Mediterranean Sea of Peace’. Brother Yianniς Xenidis elaborated on our commitment and responsibility as Scouts, to care for the environment, he expressed our overall condemnation of all forms of violence, wars, and conflicts. Later, we had the presentations of each of the participating countries. The evening ended with Cypriot dances and songs.

On the 26th October we visited Nicosia, the capital of Cyprus. We paid a visit to the Town Hall where we were welcomed by the representative of the Mayor where refreshments were offered. After that we headed to Larnaca, the 2nd port of Cyprus, where we visited the Hala Sultan Mosque, St. Lazarus Church and in the evening, we had the International Ambassadors Guild meeting.

On the 27th October, we toured Limassol, a port city. In the evening we sat around the fire and had the opportunity to sing various Scout songs.

On the 28th October we visited Ayia Napa; Paralimni, a town within the Famagusta District of Cyprus, situated on the island's east coast. In the evening we had the Southern Europe Meeting and elections of the committee. A new Chairman was elected, Mr Pandelis Charalambous from Cyprus and a new Secretary Ms Thalia Xiromeritou from Greece.

It was decided that the 18th MED/7th Southern Europe Gathering will take place in Tunisia in 2025. 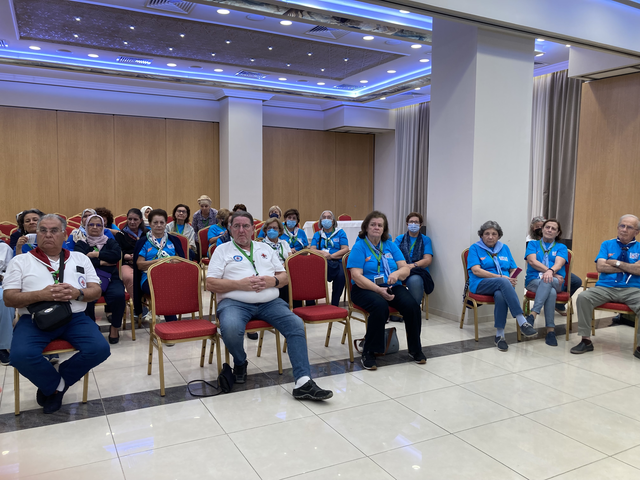 IAG Board Members Nana Gentimi, Bjorg Walstad, Mida Rodrigues and ex officio Elin Richards, ISGF Chairman, were delighted to meet up with IAG members and friends after a long time due to Covid. ISGF events are always a good meeting point for IAG members.
We had the opportunity to do a presentation during the plenary session about who we are together with photos of the projects supported by IAG in 2021 and 2022 in Kenya and Ivory Coast and of course we had our traditional party, open to all our friends who wish to know us better.
It was so good to see our friends again and of course to make new friends or meet up with old friends who have been absent from our meetings for the last few years.

We are very pleased to welcome 10 new members to International Ambassadors Guild, which makes us more optimistic to continue our effort to support projects of scouting and guiding groups around the world.
Hope to see you all at the ISGF 11th Europe Region Conference, 30 July to 3 August 2023 in Ranum Denmark.