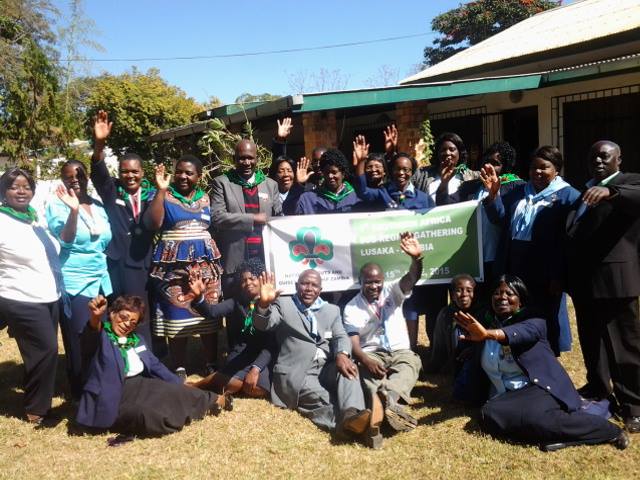 The gathering officially started on Friday 12th June 2015 in Lusaka, Zambia. It attracted 27 participants from four ISGF local Fellowships from Zambia. Henry Lukwele, chairman of the ISGF Africa region, was glad that finally the long awaited ISGF Southern Africa sub-regional gathering was taking place in the ISGF Africa region. He added that it was hoped that this marks the beginning of greater achievements in creating awareness and membership growth of ISGF.

The gathering was officially opened by Pastor Highten Hamweene. He encouraged the participants to take advantage of being members of ISGF and to make a difference by contributing positively to mankind not only in the region but also worldwide. The National President of NSGF Zambia, Flora Kabalata, welcomed the delegates to Lusaka and wished everyone a fruitful gathering. World Committee member, Mathius Lukwago, from Uganda shared with the participants the good wishes from the World Committee, for a successful gathering. He encouraged every one present to actively participate to benefit from their experiences. He also mentioned that there is great potential of ISGF growth in the Africa region as most countries are yet to be members.
The presentation from NSGF Zambia showed that their membership counts 139 members and there are four local Fellowships in various districts: Lusaka, Kabwe, Samfya and Ndola. The Chikonga community school project has been handed over to the government but two projects remain to be supported at Muwowo and Mashila community schools and the Solar cooking project. NSGF Zambia has been training women for the past 10 years on the use of solar energy for cooking - is an ongoing project.
Since their affiliation in 2011 NSGF Zambia attended the 26th World Conference in Como, Italy 2011 (2 members), 4th Africa gathering in Johannesburg, South Africa (2014), 27th World Conference in Sydney, Australia ( 4 members). They have a good relationship with the Zambia Scout and Guide Associations.
The activity report from NSGF Uganda showed that they have been carrying out tree planting projects with the local communities as part of conservation and this has been extended to the Refugees resident in that country. They have embarked on recruiting older members as most of their members are young ones. There is also a toys project which is being under taken. NSGF Uganda has more men in the Fellowship in comparison with more women in Zambia.
The keynote speaker, Mrs. Monde Yeta, spoke about funding which should first come from the members and then you need to plan on how to involve others through a recruitment strategy. The state or fact of being visible through the use of the public media via flyers and posters was her advice. The approach of companies with common interest could become corporate members. Also you may think of having associate members and/or having life time members. She also put forward the plan to organize an analysis workshop to figure out the financial situation.
During a workshop many ways to recruit new members were discussed.
On the last day of the gathering, participants visited Chikonga community school project to bid fare well to the community members since the government has taken over the running of the school and has since provided two teachers.
Rachel Munkombwe, former NP of NSGF Zambia, did the official closure and she thanked all the participants and she wished the ISGF Africa Region a bright future full of great achievements. Many countries in Southern Africa need to be tackled in order to expand the membership and the best way to do this to meet people in person.