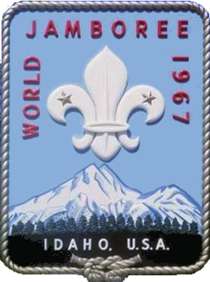 A Golden Jubilee Reunion for the participants of World Scout Jamboree 1967 will be held in August 2017. The organizers, an international group of participants to the WSJ 1967 have asked ISGF to advertise this event.

The 24th World Scout Jamboree in 2019 will be held in the Summit Bechtel Family National Scout Reserve, New River Gorge, West Virginia, United States; to be co-hosted with Canada and Mexico.

# RE: Wanted participants World Scout Jamboree 1967 — Adrian Hunter 2017-03-13 06:28
Very fond memories of Idaho.
I put together a reunion for the 150 Australian contingent in 1992 for 25 years, we had 120 and 29 apologises.
Went pack to Idaho in 1995 and drove around the site with my wife.Friendship Tower still there so was swimming area. Could not believe how beautiful the scenery was.
Reply
# Welcome — Ricardo Hein 2017-03-13 12:52
Great to have another WSJ67 alumni aboard on https://www.facebook.com/groups/BoyScoutWorldJamboreeIdaho1967/
Reply
# Mark Waitt, participant 12th WSJ — Mark Waitt 2018-07-08 14:23
I just found my 12th WSJ Gold Medallion in my drawer. That was 51 years ago!!
Reply
# Queen's Scout Canada — Larry Schwartz 2016-09-20 07:41
I can remember the 12th World Scouting Jamboree just like yesterday, an honour to have attended making many International friends. I would love to attend a Re-union and relive the magic of 1967. So many wonderful memories " For Friendship" to be continued.
Reply
# Queen's Scout Canada — Alan MacIver 2017-01-03 05:39
'It was a great time from beginning to end. First plane ride from Toronto to Calgary Catching the bus and heading south. Arrival at the Jamboree setting up, meeting new friends. Watching the astronaut jet pack demonstration. The day at Cor d'Alene rodeo to the closing ceremonies. Heading back to Canada and going to Vancouver then flying back to Toronto. It was an EXPERIENCE
Reply
Refresh comments list
RSS feed for comments to this post
Add comment
JComments
FaLang translation system by Faboba