The first branch of the state Scout and Guide Fellowship in India in the state of Maharashtra, was established in the year 1962 and celebrated its 60th Anniversary on the 12th of November 2022.

It was a full day mega event highlighting the achievements of the state Fellowship, honouring its veteran members, both present and late members who laid the foundation of the organisation, honouring the speaker of the Maharashtra State Assembly, Mr. Rahul Narvekar. The Himalaya Wood Badge winners were also honoured.

There were cultural and entertainment presentations by scouts and guides, recognizing and awarding the district units and guilds and honoring the unknown Corona Warriors who had served the community at large during the Covid period. The entire event was telecasted on Facebook, YouTube and Instagram. It also attracted a large number of viewers from India and many ISGF members abroad. 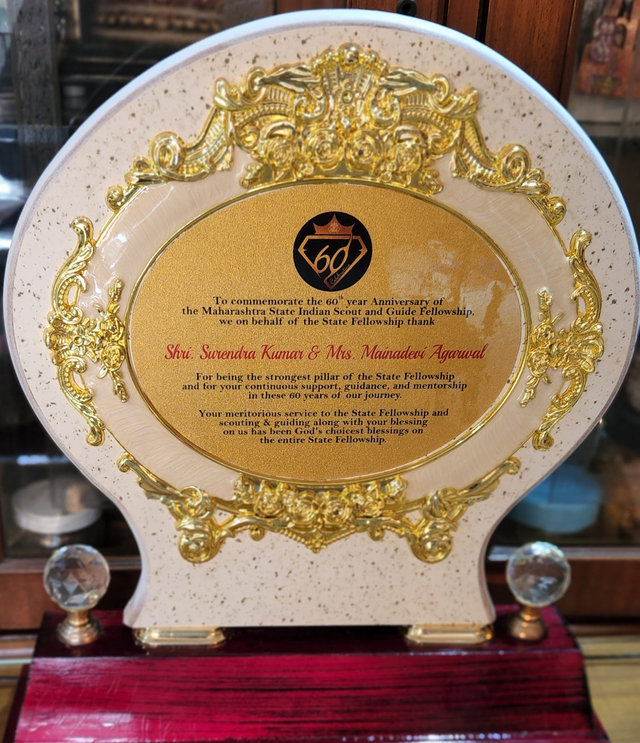 In fact I am the only active member since the establishment although many have gone home and I was presented a special memento.
There was also a panel discussion by the veteran lady members of the state of Maharashtra Guild.