Jota/Joti 2022 Jamboree on the Air with NSGF Germany 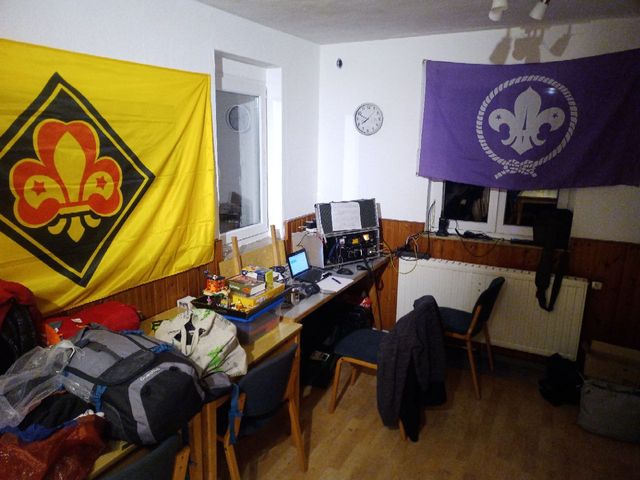 A rustling, a cracking, a crackling and suddenly there is a strange voice on the line. Where does it come from? From Rome, Madrid, Munich or maybe from Toronto, Lake Garda, the Canary Islands? All together we are a colourful bunch of radio-interested scouts and scout-interested radio operators in the German-speaking countries. Every third weekend in October, the annually recurring campaign starts "Jamboree on the air". Around 500,000 scouts worldwide make contact with each other by radio.
This year, the meeting was held at the Jung-Stilling "Die Horst" scout centre in Altena, Germany. Several antennas, one of them a 30-metre long dipole at a height of 10 metres, as well as radios and a heap of other equipment were lugged out of the cars and set up. A total of 20 scouts, 9 of them children, took part in this weekend. In addition to the radio contacts, handicraft activities and a cross-country game were offered. In the evenings they also sat together with the guitar in the fireside room. 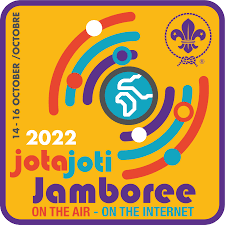 It was a successful event all around and many connections with other scout stations were made. In conclusion, one can only say: "When we humans make contacts with each other, then the foreign loses its “foreignness". Talking to each other and getting to know each other are good prerequisites for dealing with each other peacefully. Living in peace and in "active solidarity", as two of its "basic principles", are particularly important for Scouting.
Around 100,000 children, youths and young adults throughout Germany stand for this. As participants or group leaders, the Scouts are represented in many local groups.

If you would like to know more about amateur radio and events for and with Scouts, you are welcome to visit https://schwarzzeltfunker.net to get an idea of our work.