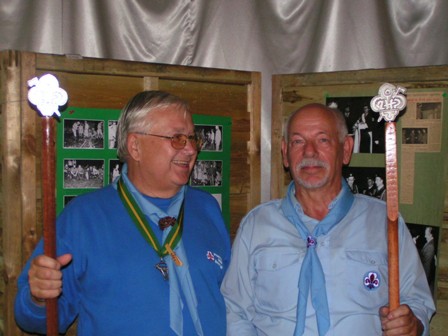 The board of the sub-region Central Europe recently held a meeting in Cracow, Poland. They also visited the jubilee camp of 100 years of Scouting in Poland 1910 – 2010 from 22nd – 26th of August and attended a meeting of the Polish National Scout and Guide Fellowship.

The members of the board discussed several issues related to their sub-region such as the preparation of the coming Europe Conference in Cyprus and the next sub-regional gathering near Allenstein in Poland in August 2011. They also discussed how to develop ISGF in some countries in their sub-region where membership is gradually dropping down.