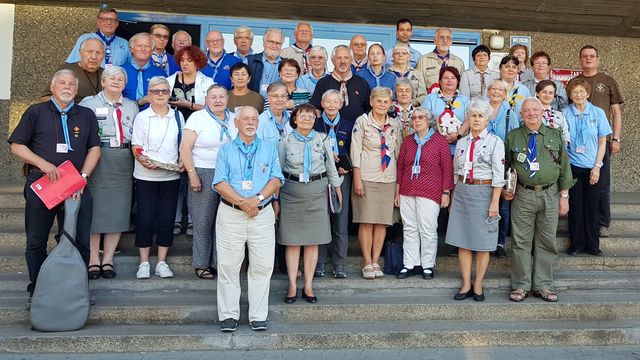 This year Poznan, the capital of the Polish Province Great Poland, hosted the 9th Conference of our Central Europe Sub Region (CESR) from 5 – 9 September 2018. All delegates and observers and guests had been accommodated in the student’s hotel of the nearby university, very close to the historic centre of the town. More than 60 participants – delegates, observers and guests- took part in the conference and 10 of our member countries had been present, either personally or by proxy. Only Latvia was absent without a valid excuse.

The opening and first session of the conference took place at the “House of the Marshall”. In Poland the “Marshall” is similar to a “Province Governor”. We had been welcomed by the National President of the Polish NSGF as also by the representatives of the province and local government. Runar Bakke, member of the World Committee, gave us a report about ISGF and its activities, likewise the help for the refugees from South Sudan in Uganda. Angela Dernbach, member of the Europe Region Committee, gave us information about the coming 10th Europe Conference in Bremen, Germany, in August 2019. These reports had been followed by the statements of the member countries, where they told us something about their fellowships and the work, that will be done there. 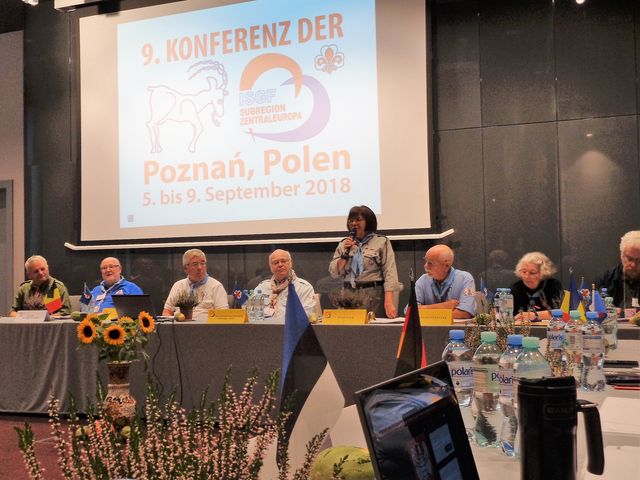 The further sessions of the conference took place in the conference room in our hotel. Here we heard the reports of the acting president Teresa Tarkowska-Dudek from Poland, our secretary Manfred Bosse from Germany and the treasurer Meinhard Perkmann from Austria. The finances had been controlled and approved by the team of auditors Christa Schmeisser from Germany and Hana Kapralkova from the Czech Republic.
After having taken notice of all the reports by the General Assembly, the members of the Sub Regional Board had been elected by the delegates: President Mrs. Teresa Tarkowska-Dudek, Poland, Vice President Hans Slanec, Austria, Secretary Manfred Bosse, Germany, Treasurer Meinhard Perkmann, Austria, Representative of the CESR in the Europe Region Committee until the next Europe Conference in 2019 Angela Dernbach, Germany, and up from 2019 Hans Slanec, Austria. The auditors Christa Schmeisser and Hana Kapralkova had also been elected for a further period of three years.

Beside this official work, we had the possibility to learn a lot about Poznan and its history. A guided tour brought us to very famous and also beautiful places with the buildings and monuments erected during the centuries. A further excursion led us along the “Way of the Polish Kings”. We could visit the site of the castle of the first Polish king, who had got this title from the Roman-German Emperor at the end of the 10th century. We visited Gniezno too, the town, that had been the first Polish capital, and its famous cathedral. At least we could get an impression about the first prehistoric settlers in Poland. Years ago there had been found in a dried out lake a village, that could be dated to the La Tene and Hallstatt- Period of the Bronze Age. Parts of this village had been rebuilt and we could imagine, how people lived more than 2500 years ago.

The days, we could stay together with old and new friends, passed by very quick and so the moment, to say Good Bye had come. Teresa and Pawol, the boss of the local guild, thanked for coming and making the conference a success. A last song, a last CZUWAJ (a last evening entertainment), and we will meet again at the next Sub Regional Conference in Berlin-Wandlitz in 2021.