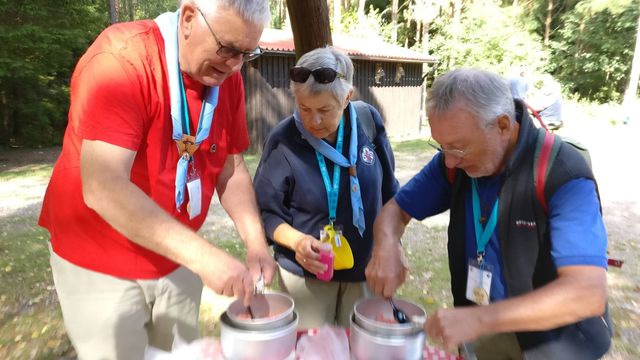 The 29th NBSR meeting was organised by Sweden on the 24-28 of August 2018. It was hosted at Hotel Scandic Crown right in the heart of Gothenburg just next to the Central Station. We were 65 members from the Scandinavian countries Denmark, Finland, Iceland, Norway and Sweden as well as representatives from Australia, Belgium, England, Germany and The Netherlands.

Heinz Frohm, the Swedish National Guildmaster, opened the Gathering, followed by a speech of the Mayor of Gothenburg informing us about the city and its future. We also got to know about ISGFs Shelter Project in Uganda.

The next day we had a workshop about the co- operation with your national Scout/Guide organization. The keynote speaker, Lena Claesson, is both a guild member and active within the training system of the Swedish scouts. We were divided in 6 groups with participants from different countries, and each group moderator was an active scout leader. We heard both positive and negative aspects. The discussion was lively and gave a lot of new ideas. 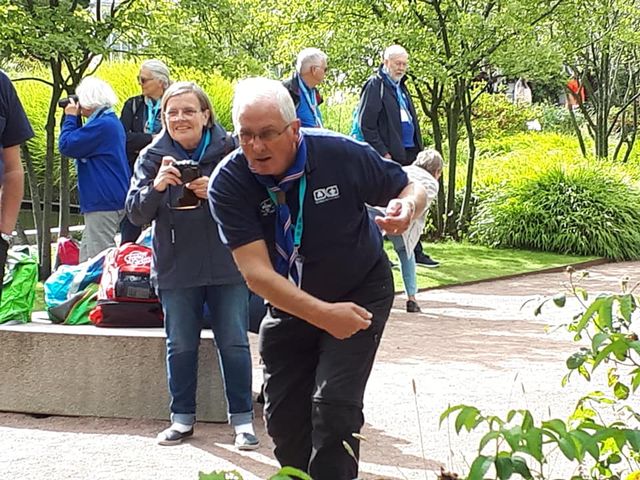 In the afternoon we went to the beautiful, nearby Gothenburg Garden Park, where the traditional Skottehellekastning (a very old Nordic game) was hold between the Scandinavian countries. Iceland was the winning team after a very exciting final against Norway.
The same evening, we went on a gorgeous 4 hours trip in the harbor, around Hisingen, the 5th biggest island in Sweden and a bit of the Northern coastline. While we had our dinner, we watched a pretty rainbow over the landscape.

The rest of the days we had different half or whole days interest groups such as visiting a famous castle, Botanic Garden, some of the lovely museums or visiting a scout hut in the forest and once again become an Adventure Scout in a patrol. I spent a marvelous day in the forest, doing different scout activities like lifesaving, games, handcraft, cooking our own lunch on a camping stove (tasted heavenly). We followed a nature track with related questions leading to a beautiful lake, where we had “fika”. Everybody who has been to Sweden knows what that is - coffee/tea with biscuits/ cakes or sandwiches. The next day I went with a group to Universum - a fantastic interesting science museum in 7 floors, including rainforest. Here are animals, nature and modern technology mixed together with exciting experiments.

The last day Björg Walstad, chairman of the International Ambassadors Guild (IAG), invited participants to become an Ambassador - she got at least three new members and these members got a membership certificate. We also had a money collection for ISGFs Shelter Project in Uganda, which gave 6000 Swedish crowns, ca 600€.

We were invited to the European Conference in Bremen, Germany, next year and to the next Nordic Baltic meeting 27 - 31 May 2021 in Selfoss, South Iceland. 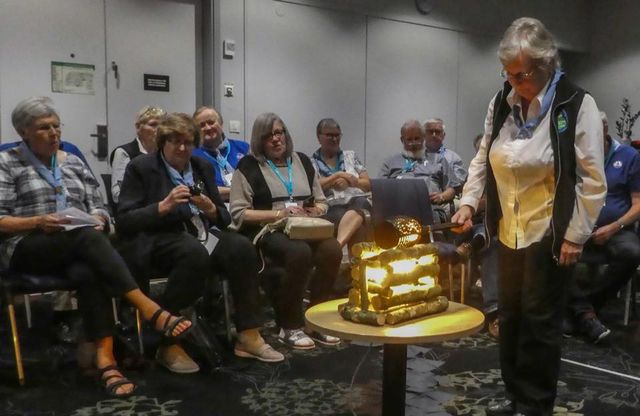 Inside the hotel we had a lovely, clever campfire lit by a torch - all of course electrical.
The organisation team for this Nordic-Baltic meeting did an excellent job. Splendid accommodation with gorgeous food, exciting interest groups easily combined with the 3 days public traffic pass we got, but...... most of all lots of time to participate in some wonderful fellowship, meeting old friends and make new ones.