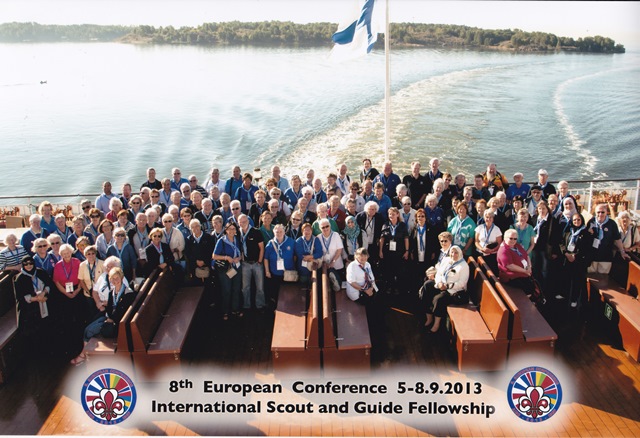 The 8th Europe Conference took partly place in the conference centre of Stockholm, Sweden and also onboard the ferry Mariella sailing between Stockholm and Helsinki, Finland, September 4 -8 2013.

178 members from 21 countries were present and they had a great time.

The theme was Crossing Borders about which the keynote speaker Kjell Magne Bondevik, founder and president of the Oslo centre for Peace and Human Rights, presented an interesting lecture.

During the Conference some motions were accepted or defeated and a full report will soon become available. The next Europe Conference will be held in Tours, France in 2016.

Different excursions were offered when the ferry was in Helsinki until late afternoon when everybody had to board the ship again heading back to Stockholm. Back in Stockholm some participants took a post tour to Denmark or Norway or to the beautiful historical province of Dalarna in central Sweden.