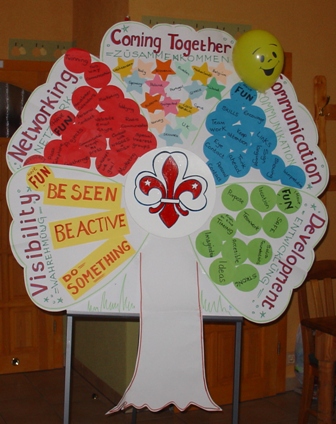 The workshop for National Presidents, International Secretaries and their delegates was held from 14 – 18 April 2010 in Lübbenau, a town about 82 km southeast of Berlin, Germany.

The main theme for the workshop was “The Skills for the Future”.  The workshop gave us a great opportunity to meet and interact with intelligent people on a topic that everyone was interested in (including members of ISGF World Committee). Some countries had brought photos, booklets and folders to introduce their National Scout and Guide Fellowship. The workshop including such material was effective to give new perspectives and ideas and approaches to work on, back home.

In order to know each other we had some games. There is no better way to meet and learn to know people than participating in workshops like this. Even the process is rewarding: one spends some time trying to express one’s work in a way that others can get value out of it. This always improves the ability to think and communicate.

One of the themes running through the workshop was “Visibility” and its objectives “Be seen, Be active, Do something and Have Fun”. The other themes were “Networking, Coming together, Communication and Development”. 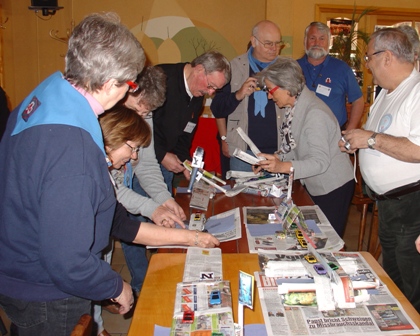 At the workshop we got also the latest information straight from ISGF World Committee and  on the other hand we had an opportunity to give some brilliant (as we believe) feedback. The ISGF website became familiar to all and its use was clearly and well introduced. New ways to communicate are now open to discussion. Workshops are usually most enlightening sessions – this was not an exception.

While travelling to Lübbenau we saw the development in the Eastern part of Germany, the former German Democratic Republic that has quickly resulted in profound changes. The program included a visit to the city of Lübbenau, a boat trip through Spreewald canal and a day in Berlin. So we have seen quite different surroundings.

English was the main language used, but one could easily study German during the sessions.

Those who travelled to the workshop by airplane to Berlin got an extra cooperation and survival session. They tried to go back home by using train, bus, taxi, boat …. exploring and orienteering city to city towards home; thanks to the volcanic ash cloud from volcano Eyjafjallajökull, Iceland, that blanketed  Europe.