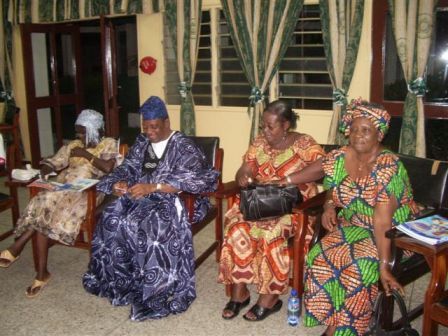 What we are doing is historical in ISGF; we take our future in our hands." (one of the participants)

Organised by the National Scout and Guide Fellowship of Ghana, this second ISGF Africa Gathering took place in Accra, from 2 to 9 November 2007.

Observers (5) from United Kingdom and Italy attended and Martine Lévy and Rigmor Lauridsen, from the World Committee Africa team. Jean-François Lévy was the interpreter; he also translated documents.

And indeed, the very many discussions led to :

All the work for the development of ISGF in Africa is to be done and it is the beginning of a wonderful adventure.