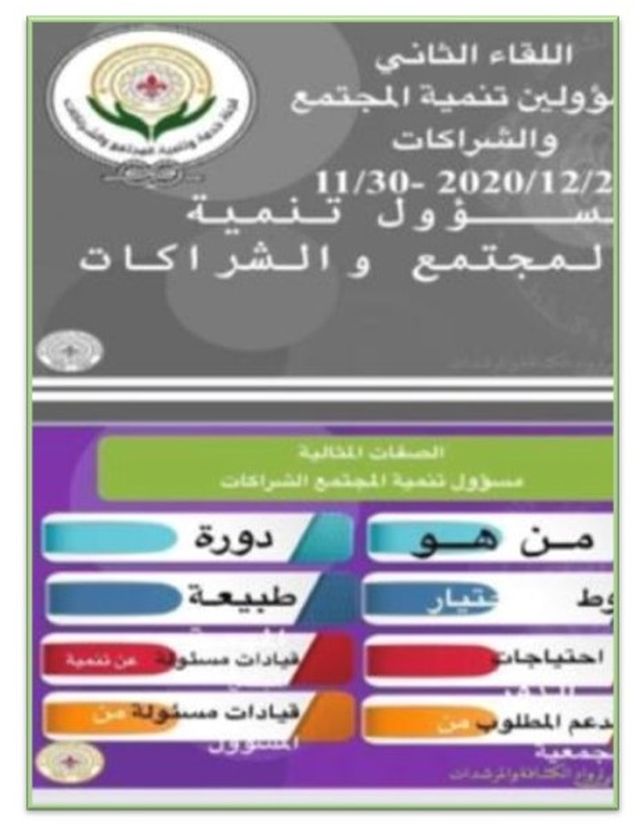 During the period from November 30 – December 2, 2020 the Community Service and Development committee held meetings via the videoconferencing tool ZOOM. The whole was set up for the ISGF Arab Region where multiple senior scouts spoke during these meetings.