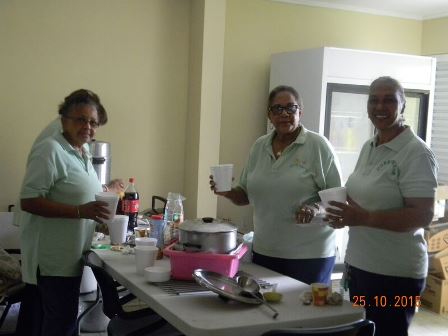 The National Scout and Guide Fellowship Copernicia on Curacao organized a Soup Sale during Fellowship Day 2015.

On that day they held their annual flag ceremony followed by a message from the National President of Copernicia, Glenda Dania. 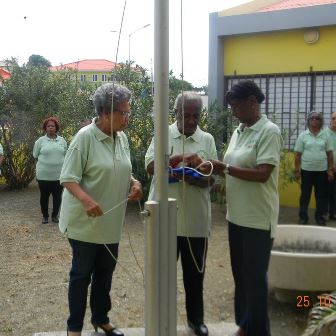 The second part was the Soup Sale. Each member sold five tickets to their family and friends. There were three kinds of soup. The proceeds from the Soup Sale are donated to the ISGF Haiti projects while another part of the money has been invested in a laptop and a printer for the office. The members of Copernicia raised 400 euro for Haiti.