On the occasion of the Holy Ramadan, NSGF Bangladesh organised an Iftar (an evening meal when Muslims end their daily Ramadan fast at sunset). This Party was held on 27th June 2015 and attended by members of the NSGF with family.

NSGF Bangladesh invited 20 (twenty) orphans, aged under 12 years from a local orphanage as special guest in that party. 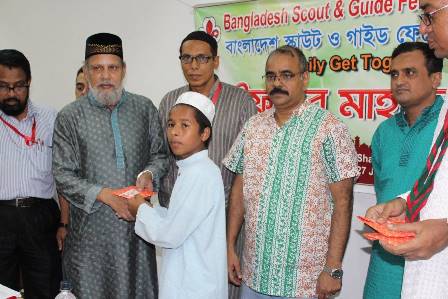 They participated in the competition of recitation from the Holy Quran and three prizes were given as first, second and third. A consolation prize was also given to all other participants as an incentive. A special prayer was offered and Iftar was followed by a dinner. This event was ended up with thanks and a short speech by Mr. M.G. Rabbani, Vice President and Mr. S.K. Akbar Reza, General Secretary of NSGF Bangladesh with a call to arrange the same in coming years.