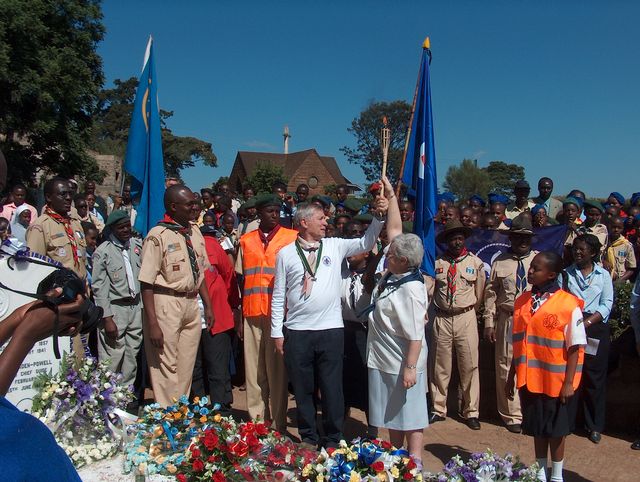 It was in 2007. The International Scout and Guide Fellowship of which I then chaired the World Committee, had organised the most challenging project in the 100 years of Scouting that we celebrated that year.

The Scout & Guide Spirit Flame was lit February 22, 2007, in Nyeri, Kenya, at the tombs of our Founders Lord and Lady Baden-Powell and arrived on August 1, 2007 at the Centennial Jamboree in Chelmsford, UK.
Only land resources, thousands of kilometres across 9 countries, including France.
In several of these countries, I had to give speeches to scouts / guides, authorities, etc.
And it was in Lyon, France, that, paraphrasing General de Gaulle, I said: “The Scout & Guide Spirit Flame must not be extinguished and will not be extinguished”.

More than ever, in these times of Covid-19 when 1/3 of the world’s population is confines, this Scout & Guide Spirit Flame must remain lit.
I urge all the scouts and guides in the world, young and less young, to keep it well lifted to the sky so that from East to West, from North to South it remains visible to all.