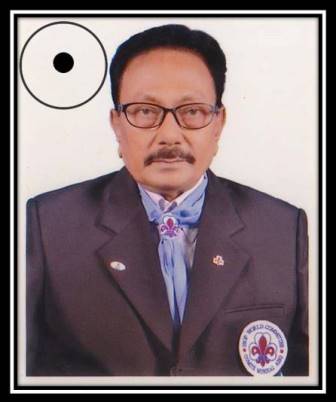 This is with much sadness that we inform you of the death of our friend and brother, Mohammad Abdul Khaleque on Friday, September 9, 2016.
As Lord Baden Powell said ‘Try to leave this world a little better than you found it and, when your turn comes to die, you can die happy in feeling that at any rate you have not wasted your time but have done your best’.
Khaleque’s contribution and dedication to support the communities, Scouting and Guiding were praiseworthy. We especially remember Khaleque’s gentle spirit, generosity and loving scouting, he will always be remembered as an especially giving person of great character.
The ISGF is in mourning for his wise brother and World Committee member. The ISGF World Committee and the World Bureau convey their sincere condolences to the NSGF of Bangladesh and to his bereaved family. Khaleque’s memory will be forever in our hearts.

TRIBUTE : The World Committee lost one of its members
Since 2012, while Bangladesh organised the ASPAC Gathering in Dhaka, I started to have contact with Mohammad Khaleque. The program came to me as uninteresting and quite empty. Rather afraid of the reaction, I proposed a change, which was very much appreciated by the organizer committee. The Gathering was a success and since then the Bangladesh Fellowship developed many skills in presenting their projects and find new ways of working. My “disappearance” in a Dhaka Shopping Centre during the event, made Khaleque almost fainted, the responsibility of losing the “Chairman”, turned us closer.
Though far away, my contacts with him continue because of the development of projects in his country and the eagerness of doing each time better.
Later because his candidacy and election, having a closer working contact, I realised he was a quiet, wise and very attentive person to what was happening, but in need of contact and dialogue.
Khaleque was a real Scout, ”Courteous”, “Loyal” ,”Clean in Thoughts, Words and Deeds” but not well understood or perhaps even, not accepted by some fellowship members. It’s difficult to judge the reaction of the others, but now that he is no more among us, I would like my message to be a Thank You to our brother Mohammad Khaleque for the way he lived his life in the spirit of Scout brotherhood and forgetting about offences.
Being a man of “heart”, Khaleque was betrayed by his heart and he knew it, because two months ago he wrote to me saying: “I leave a document to my suns telling them that if I die, that these polos belong to ISGF and that the Bangladesh Delegates will bring them to Bali to the World Committee”... This message shocked me but I never thought it would come true. Khaleque was a very responsible person in his duties.
I’m proud that I worked with you and specially had the privilege to be your friend.
Thank you Khaleque for the contribution you gave to the ISGF development.