Border meeting between Denmark and Germany 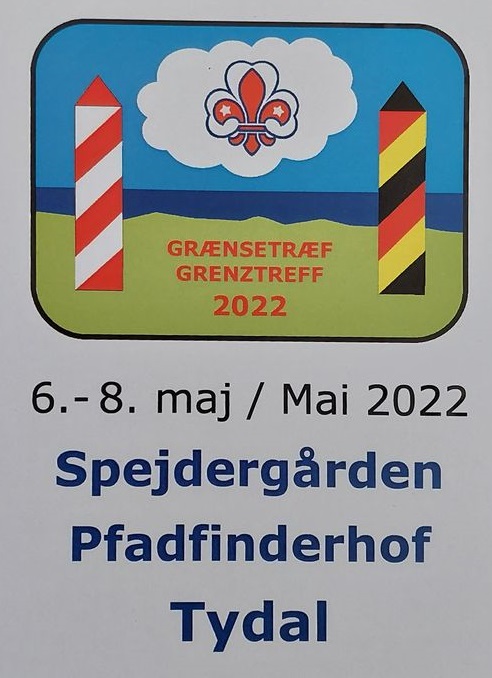 With a 2-year delay (due to the Corona pandemic), the “Grænsetræf / Grenztreff” now took place from 6 to 8 May 2022.
The border between Denmark and Germany, once seen as a separation and demarcation, is now a sign of cooperation between two minorities - the Danish south of the border and the Germans north of the border. These characteristics were also the theme of the meeting.

45 Danish and German local guild members met for a get-together in Tydal, a scout centre in northern Germany. The “Grænsetræf / Grenztreff” was opened on Friday evening with a lighting ceremony around the campfire.

Young scouts and guides organised a scout run on Saturday morning, so called "Dragon Roar", where many tasks around the theme of "Harry Potter" had to be solved. Brooms were tied, invisible writings were deciphered, or a magic drink was mixed.
In the afternoon, there was the opportunity to go on a hike to places steeped in history, to take a canoe trip on the nearby river or to saw wood for the campsite as a Good Turn for Tydal.
In the evening, two politicians were guests who told about their life and work in the Danish and German minorities. The evening ended with songs and conversations around the campfire.
Sunday started for early risers at 5:00 am with a morning hike under expert guidance. The rising sun and a fantastic bird concert were the rewards.

As a complement to the reports on Saturday evening, two Guild members reported on their childhoods in the Danish minority south of the border and the German minority north of the border.
Too fast the weekend was over, and everyone agreed: We will see us in Tydal 2024!