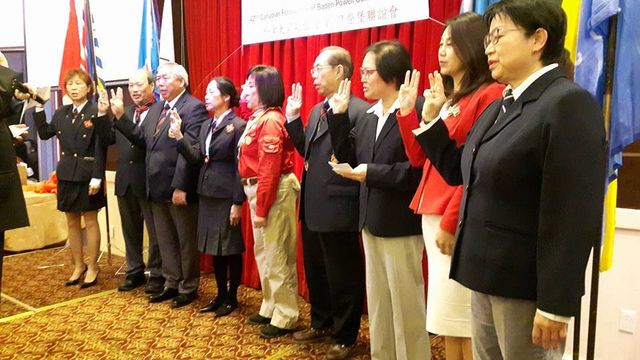 The 42nd Canadian Fellowship of Baden Powell Guilds from Vancouver BC, Canada (Zhong Hua) celebrated their 25th Anniversary and Award Night on October 29, 2017.

During the dinner, they invested their 2017 executives lead by David Chan, the new Guild Master. They also awarded two scholarships to a Rover and a Venture Scout.