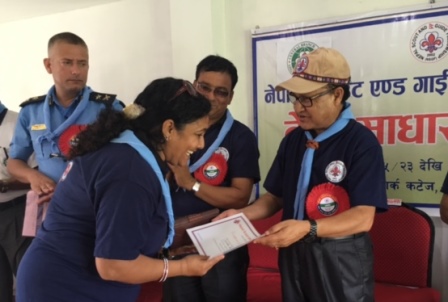 They had a very busy program in which they showed the report of last year’s activities, the audit report and next year’s program and budget.
Also the eight (8) members who will participate in the ISGF World Conference were present. Certificates of appreciation were presented to the donors who helped to organize this AGM. Even Mr. Ban, mayor of the city, and security chief’s came to extend good wishes of the AGM. The meeting was very fruitful.