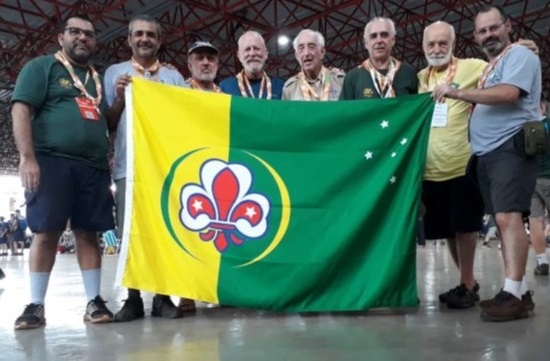 JamCam took place in Foz Do Iguaçu, Brazil. The event comprised the16th Interamerican Scout Jamboree and 3rd Interamerican Scout Camporee. It was held from 4 to 10 January 2020 with eight thousand participants from 21 countries. There were mascots Tuko (toucan), Guany (iguana) and Amber (fox), which represented South, Central and North America respectively. The city of Foz do Iguaçu is famous for being close to the border with Paraguay and Argentina, as well as it possesses natural attractions such as Iguazu Falls and the Bird’s Park. The theme was: “America: Continent of Diversity”

On January 9, the Inter‐American Day was held throughout the day. It was a special day, in which the participants were able to show the different cultural facets of the Americas. Each booth showed a little of its culture, dances, presentations and typical meals.
The booth of the Central Branch group of Brazil, the Associação Brasileira de Amigos Escoteiros e Bandeirantes (ABAEB) was donated by the Scouts of Brazil. The furniture and banners were donated by ABEAB and the ISGF Western Hemisphere Region Committee supplied gifts and prints. The members in the booth paid for their travel and their registration on JAMCAM. 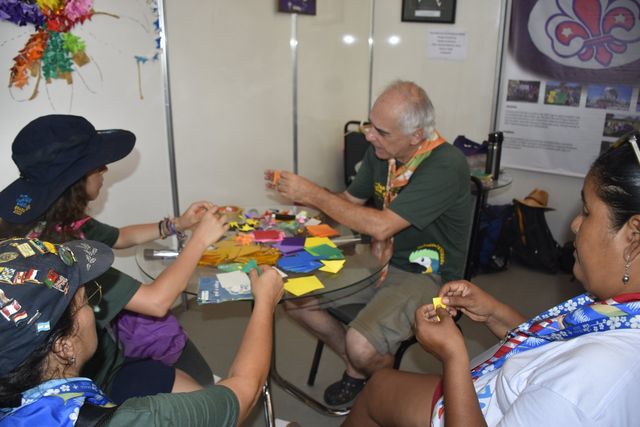 In order to keep the youngsters busy there were two small games with three or five tasks. The youngsters had to write something on a piece of paper for a better world and fold this paper into a butterfly and glue it onto a huge ISGF logo. We give away: buttons, badges, stickers, mini scarves, cards, folders, pamphlets, B-P Old Thoughts booklets. Moreover, each scout and guide that visited our stand got a special stamp in his/her JamCam passport. 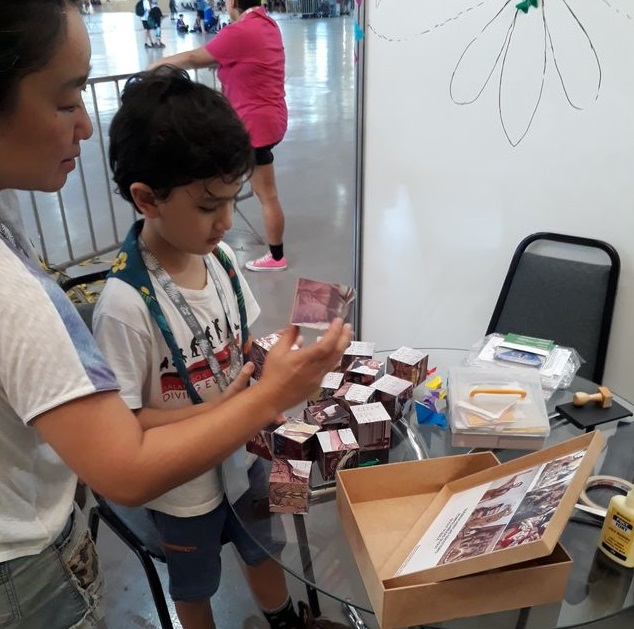 Another activity was a puzzle where the youngsters needed to turn a cube until a correct picture was formed.
There was also a banner with Lord and Lady Baden-Powell and pictures could be taken in front of them. About 800 pictures have been taken.

There was information available for the adults about ISGF and how to become member of ABAEB. 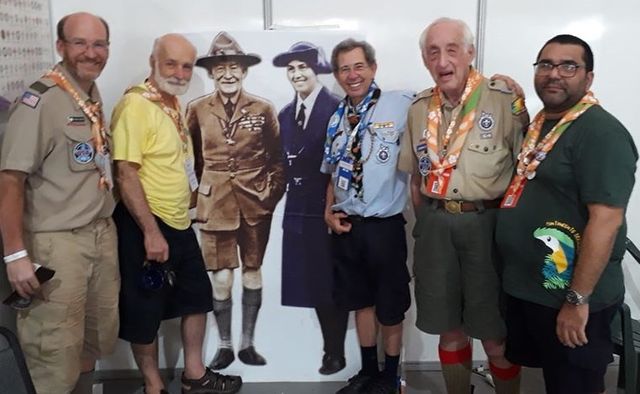 During this event the members of ABAEB announced that the first General Assembly will take place on April 30th, 2020 in Curitiba situated in the Southern Brazilian state. At this inaugural founding meeting they will formally elect the first Board.