Report on ISGF at the Info centre at Jamboree 2007 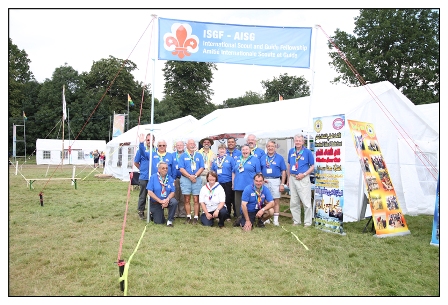 The 21st world Scout Jamboree, hosted by United Kingdom, was the biggest World Scout Jamboree ever. Nearly every country in the world gathered together in the UK to share the spirit of Scouting from 27th July to 8th August 2007 at Hylands Park, Chelmsford and Essex.

ISGF was represented by a team of 15 members and experienced the Jamboree as international service team (IST) members.