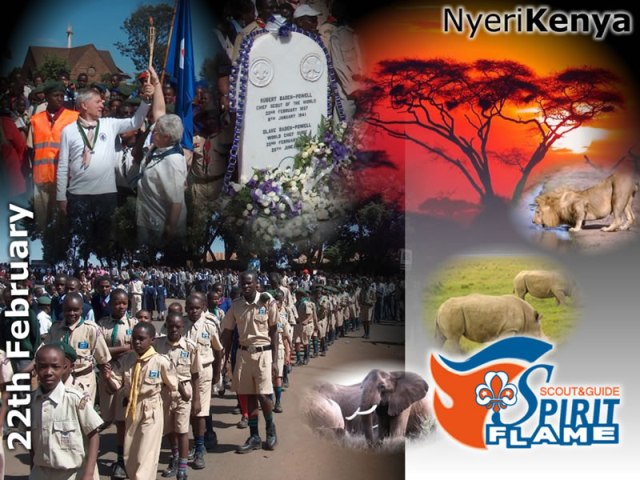 Founders' Day/World Thinking Day is celebrated on February 22, the birthday of Robert Baden-Powell, (born in 1857), the founder of Scouting, and coincidentally also of his wife Olave Baden-Powell (born in 1889).

We all remember the Scout & Guide Spirit Flame back in 2007. The Flame that was enlightened on February 22th at the grave of Robert and Olave Baden-Powell in Nyeri, Kenya, by ISGF, was brought through nine countries to the World Scout Jamboree in the UK in 2007.

From Kenya Scout Association as well as from Kenya Girl Guide Association the reports are telling about a positive situation: The associations do not have enough trained leaders to match the numbers of children who want to be Guides or Scouts so they have established waiting-lists! Furthermore there has been an interest from adults to become members of ISGF. In September 2010 seven adults decided to start Nyeri Scout and Guide Fellowship and together with the 27 individual Central Branch members in Kenya they will work on being a recognized NSGF. 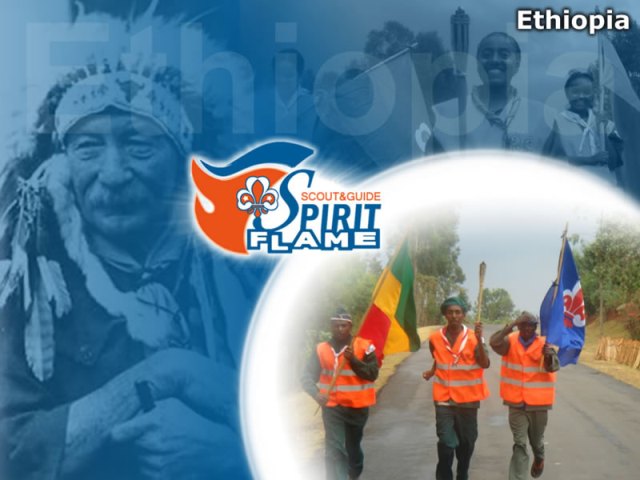 Ethiopia Scout Association (ESA) decided back in 2007 that the route of the Scout & Guide Spirit Flame should be as long as possible in Ethiopia and they succeeded in having the Flame out in 90% of the country. With all that focus on Scouting the number of boys and girls in ESA has raised with 7.000! So Scouting is now represented in all 9 regions within Ethiopia.